DeFeKT has been experimenting with electronic music since his early teens and we’ve been lucky to witness his hard hitting, groovy techno infused electro on many an occasion.

His live modular set up and experience as a producer, performer and general electronic knob twiddler hasn’t gone unnoticed. With releases on labels such as Earwiggle and Electronic Explorations and a recent release as Tinfoil with Sunil Sharpe, he has a wealth of releases to get stuck into.

We caught up with him to chat tunes, vinyl and his upcoming gig at Bloc Weekend:

What were some of the earliest tracks you heard/bought that influenced your taste and
style of music?
Some of the tracks I heard early on were actually from my big brother Tony. I used to steal his tapes as he was crazy into techno so some of the early stuff I was hearing were mixes and tracks from Dave Clarke, Jeff Mills, DJ Pierre, The Advent, and Anthony Rother to name a few. Basically I was being exposed to all of this proper techno and electro from the early ages of 12 and­ 13.

Although known for your huge contribution to electro you’re also a fan of “the real techno
sound” and in your earlier days made broken beat. Do you enjoy when tunes seem to find a place in the middle with elements of each style or do you think the “rules” within the genre should be adhered to?
I think there should be no rules at all. Rules are very very boring especially within techno. if you’re following rules in your production it’s boring to me.

So at the start I was making a lot of broken electro vibes inspired by Anthony Rother, Boris Divider and Drexciya but my electro always had techno style sequences at the back so it just felt natural to make more techno and cross over the styles as my first love was techno​. My aim is to try bridge the gap between electro and techno.

Since music has become a bit more commercial on the radio and that, do you think that real electro was sidelined for more average sounding electro house or will electro always be “underground”?

Electro is just electro to me, I don’t view it as underground or whatever. I always wanted to grow and make this sound work on dance floors so,to be honest, none of the more commercial ideas worried me as I had my plan and my own personal goal.

I don’t think electro got sidelined by other styles really, the real electro sound is just a small scene and there is just so few good electro releases in comparison to the flood of techno at the moment and this is kinda what pulled me into electro in the first place; the small scene and the kinda small community feeling of it.

Do you still get that rush buying vinyl? What labels have you been enjoying consistently?
Yeah I love vinyl still buy and play it. I like going to the record shop just to have a chat and see the friendly faces there. There are actually too many labels to mention just one, I don’t follow labels and wait for a specific release as such, I just listen and if I like the record then I buy it.

What’s the most memorable set you played and why?
There are loads that mean a lot to me but more recently probably playing in December 2015 for Subject in Dublin just before Dave Clarke. The Irish crowd were intense and loud, it was great.

What makes a good festival experience for you?
Crowd response and comfortable setup

How long did it take you to get to the stage where you were happy to release tunes?
Well I got my first decks when I was 13 or 14 and was djing all the way through school. I started to fuck around with sounds soon after and was always tinkering with electronics, so I think it has been in my “DNA” as such. I just got to the point where I felt “okay these tracks work together for an EP” and are all a similar style.

Looking forward to your workshop at Bloc Weekend. What will you be covering? Any advice for those hoping to up their skills?

I will be doing a general talk on my live modular setup – what I use and why I use it and of course I will answer any questions and will also be giving a demonstration, so there will be a short live set. Any advice to anybody trying to up their skills? Simply put in the hours of practice, that really is the key!

Do you see the support structure for developing music in Ireland as efficient?
I think it’s great now in the sense that there are so many people making electronic music. It’s very positive at the moment. I just hope all the really young guys stick with it. It takes some time to get noticed or picked up by a label but keep going and keep pushing!

Massive thanks to Matt for the interview! Make sure you check out his latest Tinfoil vinyl and keep an eye out for the remix release which will be available soon. He will also be releasing an EP under a new name and a DeFeKT EP is on the way soon.

Catch him at Bloc Weekend taking place in Butlins Minehead from the 11-13 March. Yeowww! 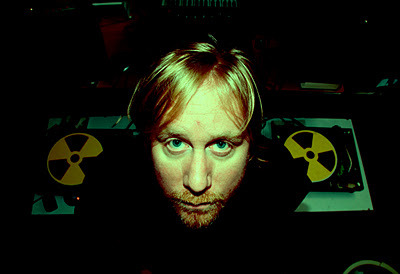 Luke’s Anger is a producer that has featured on this blog a number of times. Since first hearing …