This Friday sees Cian Frawley and John Daly take over Kryptik Nights in the Pav as 60 Miles. Playing alongside Jon Barry and Deasy consider your night sorted for tunes 🙂

I caught up with Frawley ages ago to chat tunes, the Never Learnt label and the Backwards gigs in Limerick.

How long have you been running nights in Limerick?

Hmmm, since 99 or so in or around 15 years. Throughout the years when running Strutt with Shane Healy or one of the many parties I ran with Dan Sykes we have always supported local Dj’s but with Backwards it was more about me having a concept and sticking with it.

Personally it’s my most rewarding night as it’s strictly what I want to do, luckily people dig it and it’s growing. Me and Niall Power are the residents but so many local Dj’s and live acts have been the guest/headliner. We are lucky to have such a strong selection on this island.

You’re involved with Never Learnt Records, what brought this about? Is running a label a big challenge these days or is there still a loyalty to buying music?

I run it wit Dean and it came about when Dean was playing over here in 2007 I believe. We just started talking shit, had very similar taste in music, one thing led to another & now Never Learnt is well under way, since 2011. It’s a massive challenge but Dean is really amazing when it comes to most things! It is tough and stressful at times but no one was ever forced to start an independent label. I’m very happy doing what we do and would hope to be doing it for a very long time. We have some strong support so I think there is an element of loyalty but if a record is shit I don’t see why anyone would buy it!

Have you seen a lot of Irish producers doing well for themselves lately? What local producers are you enjoying these days?

Well we are releasing an Ep from a well established artist Lerosa soon and we’d consider him local. I have my eye on two very talented irish producers atm but I’m not giving them away just yet, they don’t even know I’m listening!! Otherwise my own production partners DId & Andrew O’Donoghue are doing some quality house music and there’s Slowburn, Lee Holman, Apartment Records, Lunar Disk, Shane Linehan, Steve Austin, John Daly, Backwards man Niall Power and loads more really, again we are very lucky to be around now, electronic/dance music has never been more accessible and there’s more records being pressed than ever, I like it.

What do you think

makes Limerick a good place to go out?

I don’t know really but for the size of the city and the population (90,000) we got hell of a lot to offer when it comes to music and having a good time. Always has been, if there’s nothing else going for Limerick it’ll be the music, good vibes and the people that feed it!

Big ups to Frawley for the chat. Stay updated on Facecraic here. 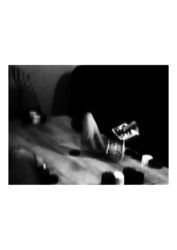 Púca and LC Connelly‘s latest tune Od Serca is something everyone should hear. Check out the excellent video, …

Spring has just arrived and with it the announcement of Life Festival‘s lineup for this May! A …

Your feedback is valuable for us. Your email will not be published.
Cancel Reply
Follow Us
Skirmish Mixcloud
Skirmish Soundcloud
Latest Tweets