Corkonian Toby Kaar has been attracting lots of attention over the last few years. Most recently featuring in Faces of 2012 on state.ie, and last year winning Whelan’s One to Watch Festival 2011, Toby has gained national acclaim for his music, and justifiably so.
Toby’s warm, melodic electronica and precise, crackling rhythm is engrossing & will have you moving before you know it. He combines a lushness that is achieved only through seriously good production & mixes a touch of glitchy IDM with skewed hip hop beats. I can’t get enough of his stuff! Oh, and lest I forget, his remixes are something else too!

Just back from Eurosonic which was held in The Netherlands last week, Toby took the time to answer a few questions for us…

How did you first get into making electronic music and how long have you been doing it?

I’ve answered this questions loads of times before so I figure I should add something more this time: I wasn’t interested in music until I was about 16, maybe. My older brother was into AC/DC and Slayer and all that, so I started listening to those for a while. Then one day my brother has an illegal copy of FruityLoops on the computer and we mess around on it. After a while I’m doing that every day, until my brother tells me to check out Reason, again a cracked copy on the family computer. So I use that for a while, all this time doing it for fun, for the novelty of making noises or something, until one day I make a riff that I really love and spend the next 8 hours making my first real track. And from there I couldn’t stop like. I just spent all my time making music. I also started going out to shows and clubs, mostly Electric Underground, those kinda places. That was maybe 7 years ago, so it’s been a while….

How do you go about making music; do you have a process?

I figure every producer has a process. For me there are a couple of important stages. Firstly I need inspiration, so I’ll throw a pile of shit at a wall and see if anything sticks. Then I spend a few days hammering out the main elements of the track, then 2 weeks filling in bits that I wouldn’t think the track needed. After that I spend about 6 weeks doubting myself and hating the song, until one day it makes sense and I call it finished.

What’s your favorite piece of gear that you just couldn’t live without?
I guess my computer, unoriginal as that is. I don’t use anything nearly as much as it and I actually love using it. It’s a lot more comfortable for me than sitting down and playing something on a guitar. That said, I’m always trying to break that comfort zone stuff, so I do use a lot of other instruments. It’s just they couldn’t come together without the PC.

You’ve become very well known in Ireland over the last few years and made quite a name for yourself. Featuring in The Ticket, Hotpress and winning Whelans’ One To Watch, to name but a few. Well done man! Have you found this has attracted more attention to your stuff and what have you gained from it?
It’s definitely been good for me in terms of people coming to shows. I never expect people to turn up at gigs, but it definitely gives me courage and a drive to make music when there’s a crowd that turn up. So that element of recognition is something. I figure I’d be making music anyway, but when people are coming up telling me they like my music, it makes me more excited to do new tracks, you know? Of course there are the other benefits of getting gigs and that, that I can kinda afford to just make music for a few months of the year. That’s great and wasn’t something I expected to happen like.

You’ve been studying Creative Music Technology in Bath, has this widened your musical scope and helped you develop your sound?
Definitely. The course is great, and I feel like I’m in a totally different place from when I went in. I don’t know how to describe it, but it was very humbling. I realised I’m not anywhere near where I want to be, musically. I’ve learned huge amounts about creative direction, sound quality, even just the nature of making music. It’s been a great few years, really. I’d recommend it to anyone.

Being a true Cork man do you like, miss the place and how does the music scene compare from here to Bath?
I miss Cork every day! Cork’s so good for music and a lot of people don’t see that. Bath is probably bigger than Cork, but there’s nowhere near the diversity of music available to me here. There’s music that makes money, nothing done for the love of music, as far as I’ve seen. So when I’m in Cork I always try catch even some DJ night or something, because those kinda things shouldn’t be taken for granted.

Touring with Gold Panda and playing on the same stage as Flying Lotus is an accomplishment in itself, what was it like to be on the same platform as such big names?
It’s… I dunno. It’s all part of a much larger machine. People see those things and think I’m in some way better than any other producer, but I’m not. I look at it that I’ve been doing stuff for enough time that some people have decided to put me on those stages. I’ve been to enough shows with crap support to know that being on stage with a big act doesn’t mean shit.

I think you should just think about music as a two party thing – you and the music. Once you bring in promoters or bloggers or any other person’s view, you lose focus of the fact that it’s just music, and it’s just something that you hear, not some social movement (for the most part, unless we’re talking political music and all that but I’ve nothing to do with that).

You’ve done some brilliant remixes for Neavounoise, Funeral Suits and Ten Past Seven, to name some of my favorites. What is it about remixing you love and do you get a kick putting your stamp on songs?
I do like remixing, but I’ve had to shelve it to work on my own stuff recently. I like getting material that you HAVE to work with; with any other production you can throw away bits you don’t like. So I like that, that it pushes you out of your comfort zone. I also like that there’s almost a dialogue there, that one band makes something and ask another act to re-interpret that. I think it kinda… tightens musical bonds or something? Like I’ve done a good few remixes for different styles of music and I love that I feel kinda connected to them because of that.

All of your tracks are available to download on soundcloud; it’s not often you come across that. You’re obviously very generous with your work. How come?
It’s not like I don’t think I should be paid for my work, but I do think I should only pay for my work when I ask to be. That music is from a while ago, it’s old and I don’t care so much about it anymore. That said, I’m working on releasing something in the next while, and I’m hoping people will pay for that. It’s not so much the monetary thing (although obviously that helps) but more the…. kinda respect from it? Can I say that? Because when you buy something, digital, physical, whatever, it’s not so much about the music, it’s more a token of respect to the artist. Well, that’s how I figure the whole piracy thing has ended up.

What are you listening to at the moment and what was the last music you bought?
RIGHT NOW I’m listening to a new track I made, trying to figure out why it sounds shit. In terms of new stuff, I was in Holland last week and I bought a load of jazz, mostly for sampling. One great guy out of those was a guy called Pheeroan Aklaff, I got a record that’s pretty much a 40 minute drum solo. How can you not love that? Other stuff I got recently was the new Oneohtrix Point Never record, which was great. I can see him reaching Tim Hecker-level albums if he keeps at it. I also got a double LP of Pakistani synth cinema music on Finders Keepers that’s really really great. Like you wouldn’t expect the sounds considering the time and place.

Massive thanks to Toby for the interview! He’s most definitely on the way up and we’re bound to be hearing much more from him, and indeed about him, in the future. He’s back studying in Bath at the moment but we’ll keep you informed on his much anticipated, forthcoming EP & on when next to catch him playing.

Eomac is a DJ and producer we’ve been loving at Skirmish! As a DJ he’s been recording savage sets, all offering something … 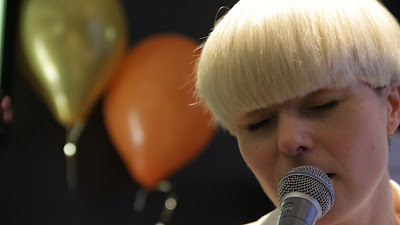 Vibeke Falden is one of those artists that perks up my mood whenever I hear her. Introduced to …