Loops Haunt is a producer we’ve loved for years and we even managed to bag an interview with the man himself at the end of 2011, so any release he brings out gets us all excited. Exits is the latest offering from the Scottish producer, but this time he takes on the mission of a full album.

The release is everything you’d expect – glorious soundscapes intricatly produced, taking influence from every genre imaginable which is pretty much Loops Haunt‘s signature. The album flows magnificently with the whole thing designed to be listened to as one continuous track and is most definitely the sound of a producer maturing. It could almost be a full band at times such is the rigidness of the sound, especially on tracks such as ”Howl” which bring to mind Prog luminaries such as Yes and Rush.

Loops Haunt is a producer’s producer – he creates the kind of synthesis that makes other producers salivate and while not strictly a producer myself (except from the occasional jaunt on Fruity Loops and Ableton) I can hear how much effort has gone into to each note and appreciate how painstaking it can be to try and lay down even the most basic of beats.

The problem with a lot of ”intelligent” producers is that it can sometimes be all style and no substance but there are some seriously wicked songs on here. Tracks such as ”Ellum Tone” and the aformentioned ”Howl” have some great melody.

In our interview with him, he hinted that the Loops Haunt moniker might be put to rest soon enough. I’m sure however, he’s got plenty more ideas up his sleeve.

Exits is out on Black Acre now.

Voidloss has been pushing his sound further and further. Known as much for his polished production as … 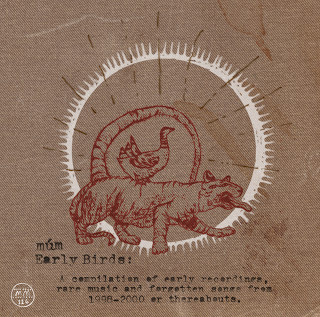 Here’s something to look forward to: Venetian Snares, aka Aaron Funk will be releasing a new album Sleep …