Sometimes a record so brutal comes along that makes you question your own sanity and ask yourself ‘why does my brain love this type of shit so much?’. Slave to Society’s self-titled EP is one of those records. Released on New York’s BANK Records on 11 October, it’s five tracks of in your face techno.

From the initial warped soundscapes of opening track A1, you get an idea that you’re probably about to be assaulted. And then the assault happens quick and fast. Before you have time to grab the mace and curl into a ball, you are kicked repeatedly in the face at 150BPM right up until the last track when static, drones and the odd reverbed grunt are all that’s left. You can now pick yourself up and go about your day. No point making a statement to the police, they won’t believe you.

One of the most ferocious techno releases I’ve heard in a while. Not for the faint-hearted.  You can pick it up on Vinyl, Cassette and Digital via Bandcamp below. 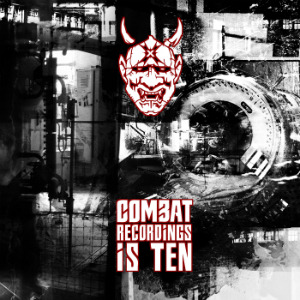 The legendary Combat Recordings celebrates 10 years on the go and with a compilation of their colossal roster. Started …